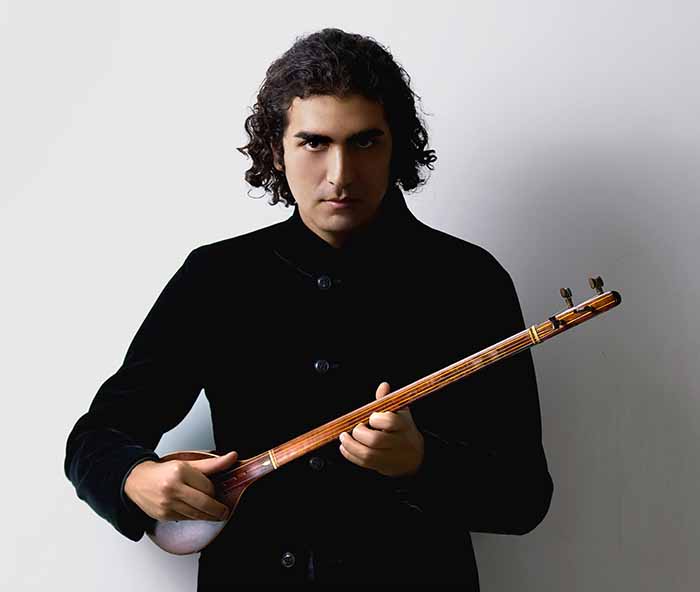 Hafez Nazeri is Iran’s most influential and admired new composer. The son of legendary musician Shahram Nazeri, Hafez began voice lessons at the age of three. At seven, he began focusing his studies on tanbour and setar.. He then became intrigued by the daf, a percussion instrument he taught himself to play. In the process, he created a unique technique that is now emulated by many of Iran’s young daf players.